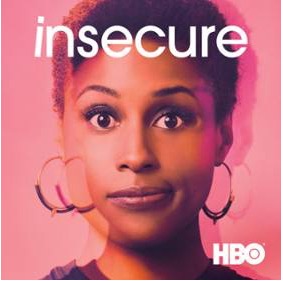 Ive only watched the first episode of Insecure and I already love the show. Issa Rae is basically the inner me. I have been following her since her youtube series ‘Awkward Black Girl’ and so I was extremely excited to hear that she was on TV. I’ve been so busy that I don’t get to watch a whole lot of TV so Im probably going to binge watch it online now that the first season is over. (That way I can take a break from Netflix ;))

So maybe some of you haven’t watched the show.  Basically, Insecure reminds me of Awkward Black Girl in a way that Issa is an extremely awkward but hilarious being that just wants to be herself without judgement. The show shows how Issa and her best friend Molly hilariously cope with uncomfortable situations as they experience typical life situations like relationships, coworkers, family and much more.

This show is so much more than the experiences of being a black woman. It relates to so many aspects of being a person in general. 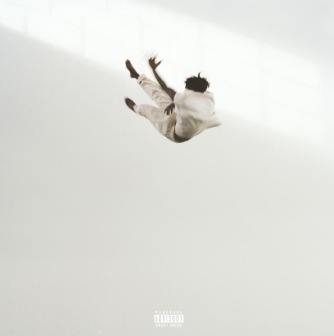 The day I was introduced to Daniel Caesar, a couple weeks ago, my music rolodex was complete. Daniel Caesar’s poetic lyrics and smooth melody reminds me of what Frank Ocean should have been between his first and second album.

Underground artists don’t get enough credit, which may be the tale of an underground artist, but I do hope that Daniel Caesar blows up. His album, Pilgrim’s Paradise, is beautiful.

Currently my favorite songs from him:

This guy is extremely talented and I can’t wait to see what he has in store.

Gayle Forman has written some very popular books, some that have even been turned into movies. (If I Stay)  One of my favorite books from her is Just One Day which is about a girl named Allyson that meets a Shakespearian actor named Willem on a school trip abroad in Paris. She leaves her group and they spend the entire day together. After an amazing night, Willem leaves her and she spends the rest of the year trying to find him while still dealing with the fact that he left.

I am now on the sequel, Just One Year, where it shows the point of view of Willem and what was going through his mind when he left. It took me forever to find the sequel because I’m not gonna lie, Just One Day leaves you hanging on a cliff. I searched every store for the book and realized finally that it was on Google Play Books for free! SO I am currently reading it. 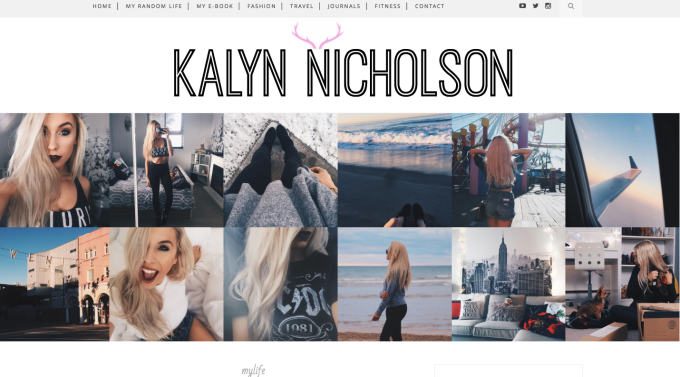 Kalyn Nicholson is currently my favorite Youtuber/ blogger. Not only have I gravitated to her channel’s seasonal themes but I love how motivational she is through her tips and quotes that she gives on each of her videos. Kalyn gives insight on her life and her daily thoughts and gives a real perspective of what a Youtuber and blogger may be thinking. She speaks about the struggle of creating content for her viewers which I call “blogger’s block.” But creates amazing content that people can go back and reference in the future.